iphone vs android vs nokia windows phone
i had one iphone 3gs for about 2 years, sell it  after the end of warranty ( 150 euros), so after some consideration, i decided to get one of the best phone's regarding price/specs ratio available, in my opinion, Lg p990 optimus 2x (almost half price of samsung galaxy II for similar performance)
my thoughts...

Android lg p990 optimus 2x, supposedly a dual core should be faster and at least dialing should work 101% of the times...
what i end up getting….
a clumsy, sometimes slow, not fluid, error prone experience and apps that have a consistency of.. bugs!?
someone might tempted to  say " iphone is optimized for the hardware and android is not, that’s why it able supports multiple hardware specs"

well that is just fine but when you buy a new product you at least hope that’s polished, finished!, my hardware is spec wise much superior to the old iphone 3gs (in theory only)
on the day to day  use it’s not so rare the desire to  encrust it into the wall
what google should do?
Deploy some kind of software engineering task force to manufactures, give them some metrics of how long a process should take performing a task in a given single/dual/quad processor architecture, help them  improve general quality and user experience of android device’s that they sell (and bet their future)
Make basic smartphone features and feeling at least as good as iphone’s and go from there and please whenever a new “candy ” os version is released one should get some real improvements and real live  noticeable changes for end users.

What manufactures should do?
Hire better developers, good user experience = good feedback = good rep = better sales = bigger profits!
Improve general quality and end user experience, at least the top phones of a given manufacture shouldn’t choke…..!!!! and please stop pushing extra “special” brand apps and launchers that only slow down the phone and delay new os version implementations.
Speed up the os version updates or at least give some timetable regarding new releases without being so vague that users read “someday” in the sentence…

Side note:
Windows phones
nokia lumia 800
surprisingly good, snappy,  super-fast, too bad that didn’t get much (any?) developer love, when (and if) that change, goodbye android…
nokia didn’t make Symbian work so well for so long on device’s little faster than calculators without having some good developers! 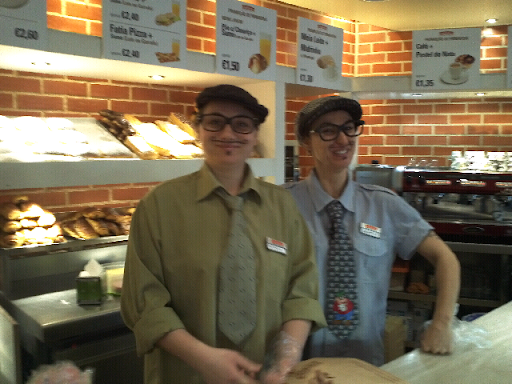